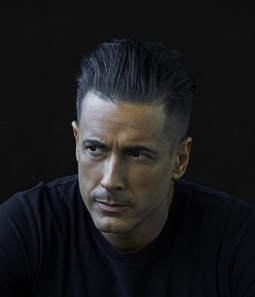 Michael Mercurio is an American actor and artist who has appeared in film, theatre, and television. After studying art during his young adult life, Michael moved from Brooklyn, New York, to Chicago to study acting. After completing an acting conservatory, he was offered a scholarship with the Chicago Actor's Studio, under the tutelage of Edward Dennis Fogell.

Eventually moving to Los Angeles, Michael began landing a string of roles in a variety of independent  films. Some notable films include Stig Svendsen's suspense-thriller, 'Elevator' (2012), portraying a disenchanted veteran recruited to build a bomb for a domestic terrorist; a lead role in Dylan Paffe's enduring story of rural America, 'Pinky' (2014), and a supporting role in Thomas Jakobsen's feature film, 'The Unraveling' (2015), about one man's relapse with heroine addiction.

In addition to film, Mercurio is an accomplished artist and a former member of The Actors' Gang theatre company in Los Angeles, CA.
PHOTO GALLERY
Proudly powered by Weebly